Motion control still a maybe for Fable sequel, Molyneux fears for his life 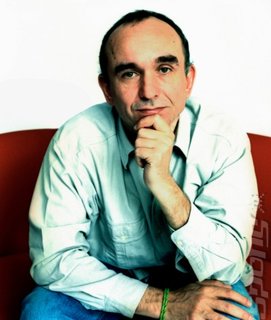 Peter Molyneux
Peter Molyneux has attempted to set the record straight (in an incredibly vague sort of way) on the possibility of Natal functionality turning up in Fable III, and he's done it against the backdrop of a fire engine cruising by.

Speaking to Dutch site GameKings at the PICNIC Conference last week, Molyneux was faced with the assertion that Fable III won't use Natal. Molyneux responded with, "I never said that.

"I am going to say it's going to use a controller (fire engine rolls by - firefight!). But I've never said it's not going to use Natal.

"And obviously what would probably happen if I started talking about this is you would see a little red dot appear moving on my forehead. And then as I would start to speak the words then there would be a shotgun fire, and I would be assassinated. Quite clearly it is that sensitive.

"Do you really think ... knowing me ... I wouldn't want to use something like Natal? I mean that's just mad, man."

What's mad is someone having a shotgun with laser sights.