Scientists have proved it 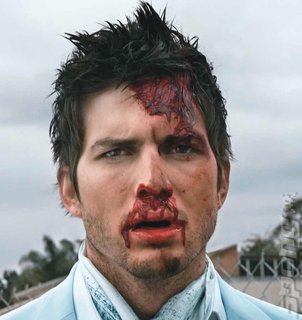 Violence... not the answer
There are such people as 'evolutionary psychologists' one of them is David Geary. He's Curators’ Professor at the Department of Psychological Sciences at the University of Missouri in Columbia. According to the New Scientist, the prof has discovered that "Victorious gamers enjoy a surge of testosterone – but only if their vanquished foe is a stranger. When male gamers beat friends in a shoot-em-up video game, levels of the potent sex hormone plummeted."

So, a bunch of male gamers testosterone increases if they win something and are given money. But it increases less if they beat their mates.

Testosterone was measured before and after gaming. Apparently, "testosterone levels of the winning team members spiked immediately after the tournament, particularly among players who had contributed most to their team's victory. Yet when team members played one another, the highest-ranking males tended to produce less testosterone than their defeated teammates."

Dr Geary explains this like so, "You can't alienate your in-group partners, because you need them".

Hold on, didn't he say that their defeated teammates produced more testosterone than the victors? Didn't the victors alienate their teammates by, well, owning them?

More scientific reports when we hear about them.
Games: Unreal Tournament 2004