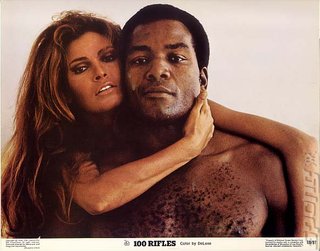 A cave-lady and Jim Brown.
Jim Brown played American Football and apparently he was quite good at it. EA thought so because Jim's image was used in Madden games. Jim sued EA for "unspecified damages for trademark infringement, unauthorized use of his likeness, trademark dilution and unfair business practices and competition."

Last week, a Los Angeles District Court Judge called Florence Marie-Cooper kicked out his case ruling that "The Madden NFL video games are expressive works, akin to an expressive painting that depicts celebrity athletes of past and present in a realistic sporting environment."

As expressive works, video games fall under the USA's First Amendment - the one that relates to freedom of expression.

Lawyer, Ron Katz, who is represents Brown as well as another old football player - Herb Adderley in a successful case against EA - commented on the matter. He issued a note that pointed out his opinion that First Amendment protection for game companies using images of living players without their permission "would mean that EA could use for free the identity of thousands of present and former collegiate and professional athletes, eliminating any legal reasons for EA to continue any licensing, and giving it a windfall worth hundreds of millions of dollars."

Both Adderley and Brown have now petitioned asked another judge, Claudia Wilken, to enable them to file a document in support of another ex-player, Sam Keller, in his case against EA and the NCAA.