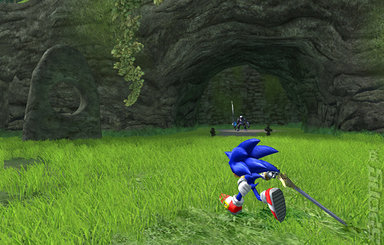 Run away!
Someone in the USA is going to be very, very, very unhappy when they realise what they've done. The SEGA and SCEA meeting notes mentioned this morning are available if you simply point an FTP client at this address. That's not to say that after someone wakes up in the USA and realises what they've done, the notes for an August 5th meeting won't be taken down from the unpassworded, site and the folder 'SEGA News', pronto.

We've already reported that notes contained release dates for the Motion Controller; and news of PS2 emulation for the PS3 - or at least remastered PS2 titles to be made available on PSN.

Bearing in mind that the notes relate to an August 2009 meeting, the following is also mentioned:

- Big announcement back half of year they can?t talk about (potentially price cut of PS3 to reach hardware goals).

- SCEA commented on indexing between PS3 and 360 SKUs, should be around 2:1 to garner most favorable treatment.

- No bundle/pricing details yet, should come Sept 1.

- SCEA agreed to provide a list of Sega IP that would work well with the motion controller, Virtua Tennis was an example.

- Other differentiation opportunities include PSP/PS3 interoperability ? think of features that would make users want to buy both PS3 and PSP SKUs.

DrkStr 22 Sep 2009 12:34
1/2
The doc says "All PS2 titles" - I don't think you can remaster them all without source code and involvement of devs, some of who are now bust. More likely an emulator, maybe keyed to PSN downloads, but rematering all PS2 titles is a massive job - Wikipedia has 1800 titles listed.

config 22 Sep 2009 15:20
2/2
@DrkStr like I posited in comment to the other news story regarding this leak - I could see this being feasible if the download from PSN is some sort of disc image. Then there's no need to remaster - just rip the image right off the retail disc and encrypt if for PSN use.