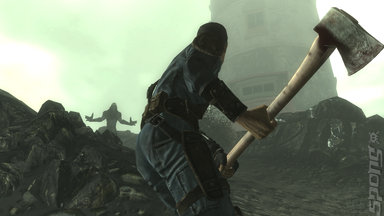 The first DLC for the PS3 version of Fallout 3 is Broken Steel and you'll probably be downloading it on Thursday, September 24th because that's when it comes out. The remaining DLC for the Sony console comes in the following order:

Operation: Anchorage and The Pitt on October 1st.
Point Lookout and Mothership Zeta on October 8th.

Non-PS3 owning Fallout 3 owners don't start weeping radioactive tears though because the Fallout 3 'Game of the Year Edition' is also coming on Friday, October 16th. This is for PC, Xbox 360 and PS3. This comes with all the DLC as well and there is a price: Ł39.99 although it's Ł10 cheaper for the Windows version.
Companies: Bethesda
Games: Fallout 3