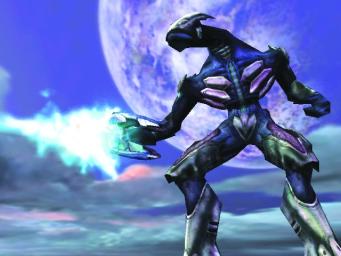 It's starting to look like the recession means nothing for Disney, because after a recent purchase in Marvel Comics, the House of Mouse is looking to the gaming industry. It has now hired the co-founder of Bungie, while at the same time scooping up Chicago-based Wideload Games Inc.

Alexander Seropian, who worked on the original Halo game before selling Bungie to Microsoft in 2000, will join Disney as the new creative head of the company's video game division. The buying of Wideload Games - a studio formed in 2003 by Seropian - forms a link between the three parties that would see Wideload becoming Disney's primary gaming production house.

The deal will benefit everyone, besides a huge wodge of money, according to Seropian; "At Wideload, we've conscientiously built a forward-looking approach to game development that borrows many techniques from the film industry - now, Wideload will be a part of one of the largest, most respected entertainment companies in the world."

Details of the purchase weren't disclosed according to the Chicago Tribune, but Disney had swallowed Marvel for a cool $4billion just a week ago. It's proof that, for media companies looking to expand, a recession is about the best time to make a move and cherry pick the best in talent - hopefully Seropian's Bungie history will see some interesting titles announced soon.
Companies: Bungie Walt Disney Company Wideload
People: Alexander Seropian
Games: Halo: Combat Evolved