New entries at last though 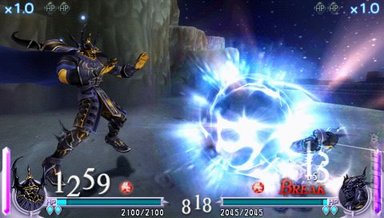 Dissidia shows out for the PSP.
So, Week 36 of the UK video games charts complied by Chart-Track and owned by ELSPA rolls around just before the kids go back to school. The hugely critically acclaimed Batman: Arkham Asylum remains in top spot. The launch of the PS3 Slim and its Arkham bundle has seen the title retain its Number 1 spot as sales of the console drive it along.

Other good news in the PlayStation camp is the sight of Dissidia: Final Fantasy on the PSP making its Top 10 chart debut, at Number 10.

It also appears that Activison Blizzard's Call of Duty/Modern Warfare series is grabbing the public's imagination as anticipation mounts for the release of Modern Warfare 2 in November, as Call Of Duty 4: Modern Warfare shoots up the chart to Number 3 from Number 10. Call Of Duty: World At War remains in the Top 10.