We've Been Expecting You, Mr Bond

But why aren't you coming to the Game Boy Advance? 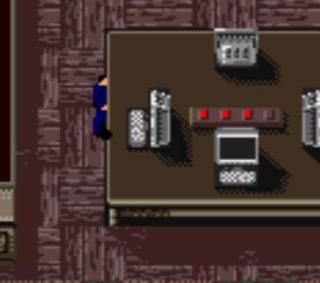 All Images (3) »
It?s a little late in the day, and one has to wonder why it?s not coming out for the Game Boy Advance rather than the Game Boy Color! But, at last, the portable version of The World is Not Enough is confirmed for release this Autumn from Electronic Arts.

Based on the blockbuster film of the same name, the game offers players the opportunity to see the world through the eyes of Bond?James Bond. This 3rd-person action title stays true to the Bond legacy by delivering all the furious action, stealth, state-of-the art gadgets and sophisticated spy-craft that 007 fans expect, and delivers it into the palm of your hand. The World Is Not Enough delivers more than a handful of the intense energy synonymous with Bond, so charge your handheld?s batteries, folks.

With more than fifteen Q-Lab weapons and gadgets (?Now, pay attention, 007?) you must conquer 8 huge levels (all familiar, if you?ve seen the film) cross swords with treacherous villains, and collude with resourceful allies. Your mission, as usual, is to save the world. Budding double agents may well be thinking, ?not again!?, but the reality is that saving the world has never been boring, and if the past success of The World is Not Enough on other platforms is anything to go by, EA are onto another winner.
Companies: Electronic Arts
Games: The World Is Not Enough