Final Fantasy XIV Beta Could be this Year

XIV to be "totally different" to XI 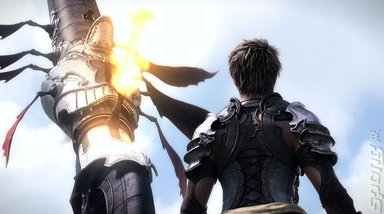 All Images (7) »
The Final Fantasy XIV beta could be with us (or someone, somewhere in the world) inside 2009, according to the game's producer Hiromichi Tanaka.

Asked about the beta by PlayStation Blog, Tanaka went all vague but did offer up the possibility that it could come this year, saying, "We can?t really say any certain timing, because the launch is planned to release is 2010. So that means in springtime there will probably be something at that point. We are trying to work as soon as possible, so as soon as preparation is done, there could be something earlier than 2010."

Tanaka also noted that although you'll find passing similarities between Final Fantasy XIV and the last FF MMO, XI, they will be "totally different".

Speaking about his team's influence, Tanaka said, "We don?t have any specific title that we?ve been influence by or have done research on, but if we should say one title it would be Final Fantasy XI as we are trying to achieve something different from FFXI. Even though the game worlds may seem and look similar, the game and how we are going to expand it will provide a totally different game experience."