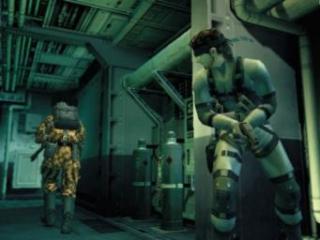 Metal Gear Solid 2
All Images (5) »
After an early struggle with PlayStation 2, it seems like Sony is getting its act together. Over the next year or so, the console will play host to some of the most widely anticipated titles in development. Five A-list games (three of which are published by Sony) that spring to mind are:

It is likely that some of these games will slip, but all should be released by the summer of next year. Unfortunately, retailers are expecting some of these premium titles to carry a heftier price tag. The publishers must be confident.

But whereĺs the competition? In similar fashion to the PlayStation, the PS2 has had little competition in its early stages. The platform once again has the same headstart that saw its predecessor take the market lead. It is plausible that Sonyĺs marketing muscle and release strategies are incredibly clever. But surely the slow development time of GameCube, the death of Dreamcast and the cold reception Microsoft has received for its Xbox will be key factors in the fate of PlayStation 2.