FIFA 10: Only One Good Player in Germany 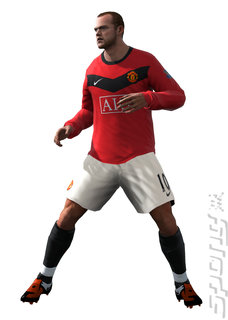 Wayne Rooney
All Images (3) »
Apparently market research and brand recognition and other factors that are probably 'going forward' have dictated that Germany only has one footballer good enough to grace its copy of FIFA 10 from EA Sports. That man is the ever injured Bastian Schweinsteiger. Standing alongside him on that box - and the 'global' box will be former Evertonian Wayne Rooney, an ex-West Ham star, Frank Lampard.

Frankly, we're also rather sad not to see the face of Franck Ribery adorning any of the boxes. The full list of cover stars is below: