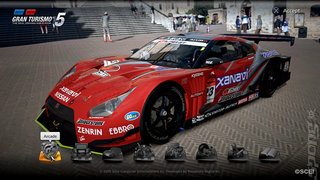 Polyphony Digital had, it appears from this cached version, released lots of lovely info regarding GT 5 for Gamescom.

Along with this, the GTplanet site also pointed out that a flyer for the game handed out at the German event declared Q4 2009 as the release window for the much anticipated racer. Whether this is the fiscal fourth quarter, and whether is Japanese fiscal or US fiscal, or simply October to December isn't clear.

Among the details included in the now-pulled statement are:

So, it appears - and we say this with a note of caution - that only 170 vehicles have full damage.