SingStar Beatles on the Way?

Karaoke-only Beatles game may launch with The Beatles: Rock Band 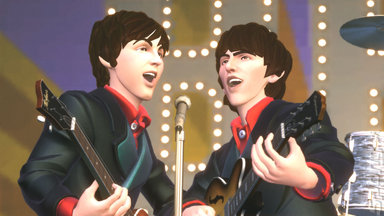 The slightly peculiar thing about it is that the game will apparently be published by MTV Games and Electronic Arts, despite SingStar being a tentpole in Sony's attempts to woo the casual crowd. The game will, effectively, be an instrument-less port of The Beatles: Rock Band.

The game will be bundled with SingStar microphones, according to the report.

While EA and MTV Games publishing a game in a Sony series is a bit unusual, if we were Sony and we were going to let someone else use our IP, it would damn well be for a Beatles game. Look for more at Sony's GamesCom press conference.
Companies: Electronic Arts MTV Games Sony
Games: SingStar The Beatles: RockBand