Over and above Ł2.50 handling charge 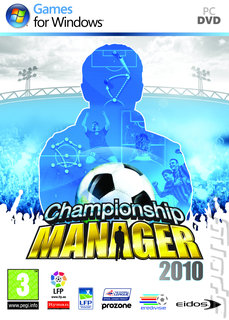 All Images (2) »
Eidos and Beautiful Game Studios are pricing Championship Manager 2010 in a 'pay as you like format' for a limited period. We understand that traditional retailers will not be left out in the cold with a 'Special Edition' that includes six CM Live Season updates, usually Ł5, available instore.

The plan is that you can pay anything from a penny upwards for the game, there's a Ł2.50 'transaction fee'. The deal runs from 18th August and closes at midnight on 10th September 2009 - the day before release. After this, the game will cost Ł29.99.

The details are as follows:

- Championship Manager ?pay what you want campaign? runs from 9am 18th August and closes on 10th September 2009.

- To register and make the payment visit www.championshipmanager.co.uk.

- Only purchases made in this time period will be eligible for the ?pay what you want promotion?

- Once you have made the transaction you will be able to download the full game (at www.champmanstore.com ) on the official launch date - 11th September 2009.

- After the window closes on September 10th the game will be available from www.champmanstore.com for the RRP Ł29.99 and also from all good stockists.

- The ?pay what you want model? only applies to digital downloads.

- Special Edition box will only be available on initial delivery into store on September 11th until sold out.