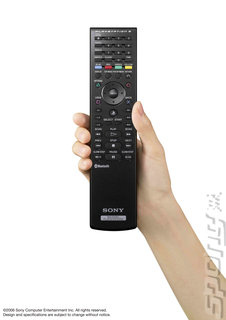 The battle for your living room's 'Entertainment Experience' is hotting up again. PlayStation 3 has Vidzone for streaming music videos, and it's looking to expand it with an announcement in Cologne next week.

According to Angela Madronero (European PlayStation Store Manager) on the PlayStation blog, "We will be making an official announcement regarding our forthcoming Video Store, next week, at Gamescom!"

But Microsoft already has an exclusive deal with North America's Netflix movie streaming service. Netflix states, "The Xbox 360 is the only game console that lets members instantly watch movies & TV episodes streamed from Netflix on the TV. This is available to Netflix members who are also Xbox LIVE Gold members for no additional Netflix fee. In addition, the Xbox 360 offers more than 400 video games, a unified online gaming network, and a variety of entertainment features."

Microsoft comes right out with the phrase, "This exclusive partnership".

For PS3 owners over here in Europe, the Netflix deal is only peripherally of interest right now. While Netflix has plans to launch in the UK, for example, nothing has been confirmed. The PS3's browsing ability also enables its users to use services such as the BBC's iPlayer. You can, of course, also play the Blu-ray movies that Sony's been banging on about for years now; while Xbox 360 owners without the HD-DVD peripheral remain tied to SD movies from disc.

However, Sony still has one more card up its sleeve if - and only if - CEO Sir Howard Stringer can get all his divisions lined up and talking as one: Sony Pictures. Netflix relies on content providers. Sony is one. Microsoft currently is not.

The Programmer 12 Aug 2009 16:50
1/4
You can, of course, also play the Blu-ray movies that Sony's been banging on about for years now; while Xbox 360 owners without the HD-DVD peripheral remain tied to SD movies from disc.
You've been able to watch HD movies, on the 360, from Video Marketplace since last year so you don't need a disc.