Plus: Modern Warfare 2 has most pre-orders in Activision's history 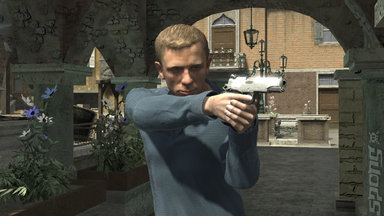 Quantum of Solace
Activision has revealed plans for new entries in some of its biggest games series in 2010.

Speaking in Activision Blizzard's analyst call following the announcement of its latest financial results, the company's president and CEO of publishing, Michael J. Griffith, said of 2010, "We will launch also new games based on James Bond, Tony Hawk, and Spider-man, along with games supporting the theatrical releases for DreamWorks Shrek 4 and How To Train Your Dragon."

Presumably the Tony Hawk game is not Ride, although it's worth noting that Griffith said, "To satisfy initial demand this holiday season for Tony Hawk Ride, we will only ship the game in North America, U.K., and Germany on the Xbox 360, PS3, and Wii. It will ship in other territories globally in early 2010."

No details, no release dates, but it's good to know they're coming - even if Activision CEO, Bobby Kotick, would like to charge you through the arse for them.

Griffith also revealed that, unsurprisingly for many, Modern Warfare 2 has "the largest pre-orders in Activision?s history."