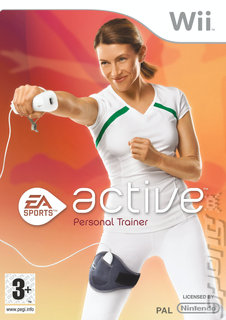 EA Sports Active is getting an expansion in time for the Christmas holidays. While that's likely to make Wii-owning Mums pretty happy, it might raise a grumble from PS3 and Xbox 360 owners who enjoy hitting the court. The reason for that is the expansion will delay the launch of Grand Slam Tennis on those platforms.

Speaking in EA's call to investors following its earnings report, head of EA Sports, Peter Moore, said, "We are using development resources from our tennis team on our EA SPORTS Active franchise. As a result, we are delaying the 360 and PS3 Tennis SKUs. We believe this is a good swap and expect this decision to yield positive results."

There are some good reasons for Moore thinking this is a good call. Sports Active sold 1.8 million copies in the last quarter, placing it as EA's best-selling Wii title ever. That also makes it the Number 1 third-party title for the quarter on the Wii. Furthermore, it helped drive EA's market share on the Wii to a record 21% in North America and 13% in Europe.

It made money. EA likes that.