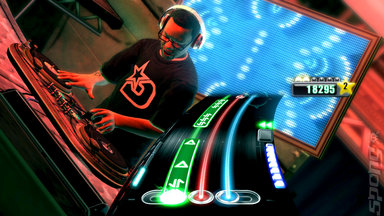 All Images (3) »
Jazzy Jeff has signed on for DJ Hero. The turntablist and R&B/Hip Hop record producer will feature as a playable character, as well as having his own set list.

That set list will feature two exclusive mixes created by Jazz. Those mixes are Tears for Fears' Shout vs. Eric B. & Rakim's Eric B. Is President and LL Cool J's Rock the Bells vs. The Aranbee Pop Symphony Orchestra's Bittersweet Symphony.

?I am very, very excited DJ culture is finally getting its due. To have a song in DJ Hero is a dream come true; to be a character someone can pick up the controller and select you and play is probably the biggest thing to happen to me in my career?, said DJ Jazzy Jeff. ?Music is so much a part of everyone?s life, DJ Hero is going to appeal to almost everybody.?

There you go - the money, women and adoring fans didn't cut it. DJ culture needed a video game to vindicate it.