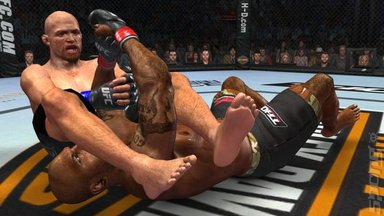 It's been a good year for THQ. Here are the facts of the matter from the horse's mouth:

EA might be biting their corporate lips a little at this point given that UFC 2009 Undisputed - which it apparently turned down - provided a huge chunk of THQ's good fortune.

What these figures mean is that THQ is now calling itself the "Number 3 independent publisher in the US and UK."

Speaking to analysts and investors about the figures, CEO Brian Farrell, also had some suggestions for Sony and Nintendo.

"...to your question with respect to price cuts, the fact (is) that Nintendo Wii is still at its launch price and PlayStation 3 is still at a relatively high price point by historical standards.

"I think when we start thinking about the cycle; we should think about what lower price points may do to both hardware and software sales as we get into 2010 and 2011. So, our view on the cycle we reiterate what we talked about on our last couple of calls is we think it will be a longer cycle.

"As hardware prices come down, we don't think Microsoft is going to be alone in introducing either peripherals or new devices to keep the current hardware fresh for at least the next three to five years.

"Price cuts again, they are factored into our guidance, our internal model. We did anticipate price cuts coming this fall. Obviously we'll let the hardware guys announce both the magnitude and the timing, but again, just look at the hardware numbers and it would seem that a price cut would be in order by at least two of the three manufacturers."

Yes, we think he means Sony and Nintendo as well.

We're all about the information, so...