Nintendo Not Sure Why Hardcore Wii Titles Don't Sell

Plus: 'No price drop to announce' shocker! 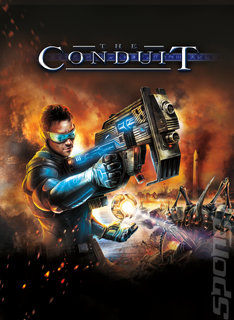 Maybe you're unclear on why hardcore games that don't come out of Nintendo studios don't sell startlingly well on the Wii. That's fine. It's not your job to know. You would expect Nintendo to have some strong ideas on the subject, though. You would expect someone like Nintendo of America’s VP of corporate affairs, Denise Kaigler, to know. Your expectations would not be met.

Asked by Wired why third-party, hardcore games such as SEGA's MadWorld and The Conduit are seeing disappointing sales on the Wii, Kaigler was a little oblivious. "You know, I don’t know. It’s hard to say. It could be titles have the same type of sales curve that a lot of Nintendo titles have", she said.

Kaigler explained that this curve shows a long tail of continuing sales, compared to many games that start with big sales then drop right off.

Of course, the problem could be in Kaigler's statement that, "I’ve played both. I’m not a core gamer, and I found that they were challenging and fun." (Our bolding).

Still, Nintendo's keeping its fingers crossed. "But it’s our hope that the games will pick up in popularity and they’ll continue to sell". So... Ninty's hoping for the best. That's encouraging for the hardcore...

On MotionPlus vs Sony's Motion Controller vs Natal, Kaigler pointed out that "Wii Sports Resort and Wii MotionPlus, are here today, now."

So, there you go.
Companies: Nintendo
People: Denise Kaigler
Games: MadWorld The Conduit

Because the PS3 is for people with a lot of money and play game that involve gunning thing in the face. the Wii is for fat mothers and children, who play wii sports and mario games. No to say that these games are bad be the wii casual games or wii rare hardcore game but Nintendo really kneed to thing before opining there trap.

amused reader 28 Jul 2009 11:23
3/11
"kneed to thing before opining there trap" - is that meant to be ironic or were you asleep when they were teaching spelling and grammar in school? perhaps in future you should take your own advice eh?

Ben 28 Jul 2009 11:40
4/11
I think serious gamers, who are more likely to buy hardcore games, are not enticed into buying a Wii in the first place;they want a large selection of games with the best graphics and online playability which the Wii isn't designed for. People who buy the Wii are generally more casual gamers who may play a few times a week for a couple of hours, rather than several hours a day+.
Nintendo has always been a little less serious than its competitors which is why they have failed to lead the way in serious gaming, the Wii has uncovered a 'new' market of gamers and they should concentrate on this market rather than trying to expand in highly competitive areas that their harware cannot compete against.
I like the Wii, but would never consider it for 'hardcore' gaming.

We’ve all been reading those same reports. (laughs) But we have nothing to announce on that at this time
Yes, pricecut before christmas.

Wii Sports Resort and Wii MotionPlus, are here today, now
We're scared that the playstation will take our casual market bvecause we don't have a hardcroe market at all now.

I've got a 360 and a Wii. Madworld and the Conduit aside, if a hardcore game is available on the Wii and 360 I'm going to buy it on the 360 every time. If I want to buy a game for my kids, I'll get the Wii version.

They need to work on attracting more of the hardcore. They could start by ditching their silly family orientated adverts.

Nintendo always got this thing wrong, because they design their consoles for themselves And not what we'd like to see. The fact they never asked us, about what kind spec we''d like to buy Wii for, says volumes.

Nintendo are dumb. If they decided to push demos, either online DLC or on dvd, more of these good titles would get sold. They should be doing this, now that Wii's storage has 32GB SD cards. As usual, Nintendo are one step forward two steps back.

I feel sorry for those that make a good Wii effort. You know, who you are.

OmniBoy 28 Jul 2009 17:21
9/11
Let's take a look back into when Nintendo destroyed everyone else. SNES had some great platformers and their RPG's rocked. When is the last time you saw a quality RPG? No one plays them these days because of MMORPG's and all these run & gun action/adventure games (some aren't so bad). Nintendo seriously needs to get out of their kid mode, and try to market to ALL audiences. And seriously, they haven't even taken advantage of that motion controller of theirs yet. Still tons of potential in that thing, I guess no one wants to develop for it or something.

You must only have internet friends if you think Wii attracts fat mothers and children. I have a Wii, I'm fit, and the chicks in my dorm dig the Wii. Wii is a pussy magnet and you will never get that with your PS3, in fact, the PS3 is the one that attracts fat chicks with no social life like yours since the internet is the only way for you to make friends. Go back to Home or something lol

You must only have internet friends if you think Wii attracts fat mothers and children. I have a Wii, I'm fit, and the chicks in my dorm dig the Wii. Wii is a pussy magnet and you will never get that with your PS3, in fact, the PS3 is the one that attracts fat chicks with no social life like yours since the internet is the only way for you to make friends. Go back to Home or something lol
Posting of new comments is now locked for this page.