More Halo: Not from Bungie

Team to move on to something more challenging 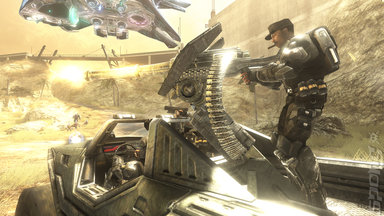 Bungie senior designer Lars Bakken has almost but not quite pinned up the 'Exit' sign for his company in relation to the hugely successful Halo series. But that doesn't mean the end for Master Chief and his cohorts.

Asked if Reach will be the last time we see the Bungie name on a Halo game, Bakken responded, "In terms of a platform for Halo games made by Bungie, yes."

Obviously not wanting to murder a money-maker though, he told UK journalist Gavin Ogden, "I can't answer that question for Microsoft though. Whether they have something in the works or not, I don't know if they're actually ready to talk about it yet, but in terms of Bungie-produced Halo games, ODST and then Reach is probably all you're going to get."

Sure, an 'almost' and a 'probably' mean that later down the line there is always cover, but it should come as no surprise to discover that the Bungie team are moving on to something more interesting... for them.