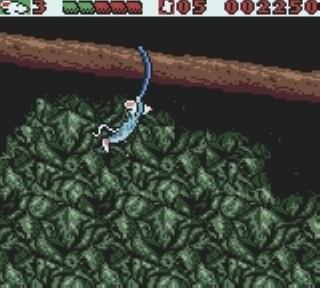 All Images (6) »
Small friendly mouse type character Stuart Little has been granted his own videogame by the nice people at Activision. Ahhh!

Michael Peikoff, Senior Vice President Marketing and Client Relations at Sony Pictures Consumer Products said, ?We are genuinely excited to be partnering with Activision on the Stuart Little property. Stuart Little is considered an evergreen franchise for Sony Pictures Consumer Products and Activision?s vibrant interactive games will delight and enchant children as well as their families around the world.?

The game is set to be a nimble platformer for the Game Boy Color but the story doesn?t stop there. Activision also has rights to publish the game for the Game Boy Advance and GameCube so we could get little Stuart running around in glorious 3D.

You will see from the screens that the game is shaping up nicely with Stuart running around avoiding all the hazards involved in being a funny talking mouse.

Stuart Little will be on the shelves from the 7th of September.