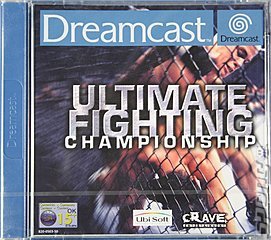 The game that Peter Moore goes back to,
All Images (2) »
THQ's UFC Undisputed 2009 is going great guns at retail according to UFC president Dana White who says it's shifted more than two million units since its launch in May. This is one of the calmest things he's said according to MMAjunkie. One of the least calm things White has come out with, however, refers to THQ competitor, EA Sports, which is developing it's own Mixed Martial Arts (MMA) game: EA Sports MMA.

This has greatly enraged Dana White, who says, "I'm telling you straight-up, I'm at war with them right now. That's how I look at it."

Why war? Here's why, "You (EA Sports) told us you'd never be in business with us. They wouldn't even take a meeting because mixed martial arts disgusted them. This wasn't a real sport. Boy, they got over that real quick, didn't they?

"EA doesn't give a [expletive] about mixed martial arts. They made that very clear."

Well, now EA Sports head, Peter Moore, has made mention of his long-time love for MMA. He says, "I love mixed martial arts, and we?ve been working on a game concept since I came to two years ago. I have great respect for the organizations and individuals that have invested in the sport?s growth over the past decade ? so this is one that is near and dear to me and I?m excited to see such good progress to date.

"I trace my MMA video game roots back to my support of Crave?s UFC title on the Dreamcast in 2000, and have been a fan ever since."

Not according to White, who states, "EA Sports wants to do a video game. Really? That's not what you told us a year-and-a-half ago."

The to-and-fro is almost as theatrically exciting as WWE... although as the UFC showed recently, the reality is very different.

EA should just stick to Fight Night...leave the wrestling and MMA to THQ.