Still no price cuts though 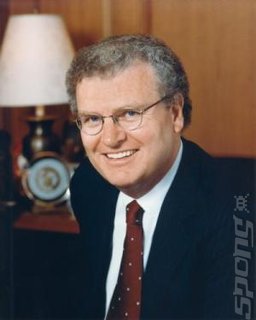 Sir Howard... pressurey.
Sony president and CEO, Sir Howard Stringer, has spoken out about Activision CEO Bobby Kotick's contention that his company may have to stop supporting Sony.

Speaking at the Allen & Co conference in Sun Valley, Idaho, Stringer went beyond Sony's initial response that it respected his partners' points of view, stating, "He (Kotick) likes to make a lot of noise. He's putting pressure on me and I'm putting pressure on him. That's the nature of business."

We are waiting to see exactly what pressure Sony is putting on one of the biggest games publishers on the planet. Of course, Activision Publishing CEO, Mike Griffith, has already vented some of the pressure, although this appears to have gone largely unnoticed in the more 'newsworthy' storm of words.

Asked about price cuts for the PlayStation 3 - one of Kotick's bugbears - Stringer responded, "I (would) lose money on every PlayStation I make... how's that for logic?"

Note to Sir Howard, Sony already is losing money on every PlayStation it makes.