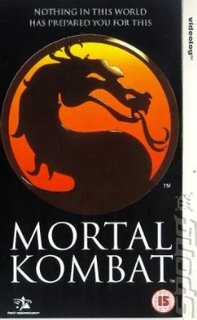 Lawrence Kasanoff's Threshold Entertainment was responsible for bringing Mortal Kombat to the big screen (that's the cinema, not your plasma) back in the 1990s. He believes that in so doing he took the series in a new direction. He's now suing Midway in a Delaware bankruptcy court.

Midway is currently auctioning off assets in attempt to resurrect itself from Chapter 11. Threshold Entertainment objects, stating that it has an exclusive license for MK TV and movie products that dates back to 1993.

The Chicago Tribune reports Threshold's claim that, "The Mortal Kombat franchise, as it stands today, is far more a creation of Threshold and Kasanoff than of Midway," said Threshold, which estimated that the franchise has grossed more than $4 billion to date."