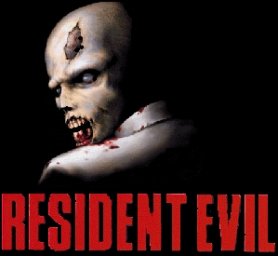 When it was announced that the Resident Evil movie, directed by Paul Anderson, would not follow too closely to the story of the game, or feature either the Valentines or the Redfields, there were many disappointed fans.

Under-performing movie tie-ins are becoming all too common and Resident Evil, of all games, deserved a good celluloid representation.

In an interview with Shivers magazine, Anderson has gone some way to explain these decisions.

“To be scary you have to be unpredictable, and that's why I felt completely free to reinvent the story and use my own set of fresh characters,” said Anderson. “There was no point in using the Jill Valentine character from the first Resident Evil game, as the fans would know she wasn't going to be killed because she pops up in the later games. The suspense dynamic of who is going to live, who is going to die and what people's allegiances are, was only going to work with new characters.”

We are not sure about this. Much of the appeal in going to see a game movie is the fact that you recognise events and locations from the game while you watch.

Anderson goes on, “This film is the explanatory prequel all the game players have always wanted to see, using the scary mechanisms and devices that have become part of the Resident Evil cyber-culture. I felt the Ground Zero idea was the correct approach for both people who had never heard of the game and were unfamiliar with it, and for the avid players who will adore all the references included in the action-packed scenario just for them.”

OK, doesn’t sound too bad, does it? We’ll bring you more, including shots from the film as we get them.