Eidos sticks to its roots 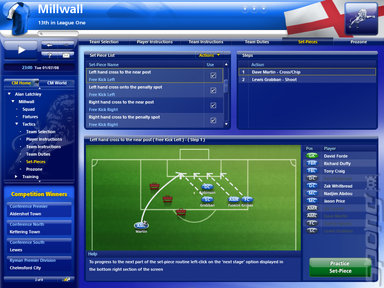 All Images (2) »
Despite having been bought by Square Enix, Eidos isn't going all J-League on us... Championship Manager 2010 is still coming out. In fact it'll be out in September.

With transfers still happening despite clubs being in more debt than a Scottish Bank not bailed out by tax payers, so the CM Season Live Update ("an additional monthly update that lets players download the real-world 09/10 football season data") that begins on October 15th will ensure you've got that over-priced striker in your squad when you need him. CM Live actually seems to be more than just transfers, it comes with "All of the scores, competition standings, player transfers, player stats, bookings, major injuries etc. from the ten leading countries in Europe, downloaded directly on a monthly basis throughout the season - full updates of 49 major leagues and competitions." It'll be available at monthly intervals for 6 months.