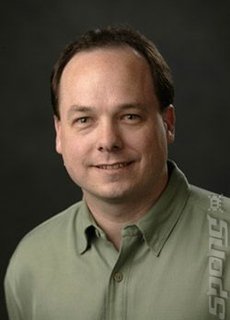 Microsoft's Corporate Vice President of Interactive Entertainment LIVE, Software and Services Business has taken a huge, cut in job title to return to Electronic Arts simply as 'Chief Operations Officer'. He left the company in 2007.

According to Microsoft, he won't be replaced.

According to Electronic Art's CEO, John Riccitiello, in an internal memo, "In the past two years, many of us have stayed in touch with John and watched him evolve as an executive..."

"John understands our culture, and importantly, how the EA culture has evolved to include new people, ideas, platforms and business models".

Schappert replaces John Pleasants - a Riccitiello appointee in 2008 - who leaves to join Playdom.

Microsoft appears a little surprised by the rapidity of the departure, simply stating that Schappert decided to leave after E3, and adding nothing more. Aside from the usual wishes of good luck, the company stated:

"Instead of replacing John, Marc Whitten and Phil Spencer will lead their respective businesses, LIVE Services and Microsoft Game Studios, reporting directly to (former EA man.Ed) Don Mattrick. Microsoft has complete confidence in the leadership of Marc and Phil and that their teams will remain focused and on track as we ramp up for this holiday."

According to the Wall Street Journal, "Mr. Schappert will receive $600,000 in annual salary, options to purchase 500,000 EA shares, and a $1 million sign-on bonus to replace awards he is forfeiting to join EA, according to a filing with the Securities and Exchange Commission."
Companies: Electronic Arts Microsoft
People: John Schappert

tyrion 19 Jun 2009 13:26
1/1
Microsoft seem to have trouble with executives leaving for EA just after E3. Wonder if there's anything in the water in LA?
Posting of new comments is now locked for this page.