US figures add to developer woes 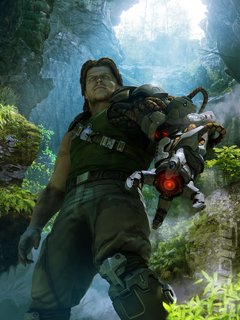 Despite generating a bit of a buzz in the lead up to launch, Capcom and developer Grin's Bionic Commando only managed to shift 27,000 copies in the US during May, its launch month.

That's across both the PS3 and Xbox 360, according to Gamasutra, which got the figure from NPD.

To give you some perspective, the best-selling title in the US last month was UFC 2009 Undisputed, which launched on the same day (May 19th) and topped a million units between the 360 and PS3.

Terminator: Salvation, another Grin-developed game, similarly launched on May 19th and reportedly only shifted 43,000 units between the PS3 and Xbox 360.

In the UK, Bionic Commando hit the All Formats Chart at Number 14. Terminator Salvation fared a little better, launching at Number 11.

With layoffs rumoured to have hit as much as 50% of Grin's workforce, it doesn't look too rosy for the Nordic developer right now.