Why Rockstar's Agent is PS3 Exclusive 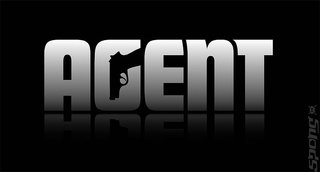 Ben Feder, president of Rockstar parent Take-Two Interactive, has piped up about why Agent, announced at Sony's E3 2009 press conference, is a PlayStation 3 exclusive.

"The trade-offs a publisher will typically make is, if you're platform-agnostic, you get a larger installed base", Feder said. "You're platform exclusive when you get the right kind of support from first parties."

You've got to wonder, of course, what kind of support Rockstar's getting. It might just be PR and marketing, but the kind of support Take-Two got from Microsoft for the Xbox 360-exclusive GTA IV DLC involved a big fat wad of cash.

"At this phase in the cycle, when you're trying to launch a new franchise, exclusivity can really help you launch the franchise. It can give you the kind of platform that you need to start exclusive, start in the right kind of way with the right kind of partner. Exclusivity does work", Feder went on.

Agent is being overseen by the Housers, founding fathers of Rockstar. Development is being handled by Rockstar North, the studio behind GTA IV.

Going on to big up the PS3 Feder, apparently unphased by the console's lagging sales, said, "I have a lot of confidence in Sony. I have a lot of confidence in their ability to lead the market, as they always have. Their console is a terrific platform to be developing for, and Agent is a great testament as to our belief in what that platform can do, and what they can do with us as part of a partnership."

The unveiling of Agent was, it must be said, a modest affair. The game took a bit of a back seat to Assassin's Creed 2.

For more on Agent, see the comments of Rockstar founder Sam Houser.

ace 13 Oct 2009 14:30
6/13
so they launch on ps3 then in a couple of years they release on xbox and give them exclusive content thats wats gonna happen

Mr Almost 14 Oct 2009 11:48
7/13
Rockstar signed a deal with microsoft and were able to make a huge ammount of money on the "exclusive" episodes of GTA IV, and because of the hardware specs of xbox 360, they had to make GTA IV allright but not the best (so it could be sold on both consoles)

The new Agent is gonna blow you away, and the xbox will not be able to run it (motion controller is also a must)

Rockstar allways had great partners in sony, and now they repay them by making this exclusive deal with Agent

So you see.. Sony knew this from the start. microsoft boosted the sales for GTA, making rockstar rich and ready to take it to the next level with good ol' friends Sony !