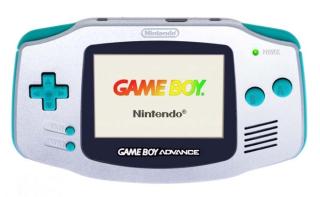 Nintendo of Europe has finally confirmed the full launch line up for the Game Boy Advance, released this Friday June 22nd. We had surmised what we were to be treated to a long time ago and it turns out we were just about spot on!

The titles confirmed for Friday are:

So, what are you going to get? In the absence of Mario Kart we highly recommend the glorious rip-off that is Konami Krazy Racers. Now listen to this: Konami gathers all its most famous characters (Goemon, Parodius Squid etc) and puts them in karts, hurtling around a Mode 7, pseudo 3D environment. The characters can pick up weapons such as homing missiles and lightning (which makes all the other racers small and squashable) to help them on their way. A rip-off of the highest order, and as good, if not better than the early builds of Mario Kart Super Circuit.

Super Mario Advance is essentially Super Mario Bros 2 from the NES days. Essentially unchanged, this is the version in which Mario, Luigi, Peach and Toad are blessed with different abilities and can pull root vegetables from the ground to throw at enemies. Strange but good.

Another game that comes highly recommended is F-Zero Maximum Velocity. This is a re-work of the Mode 7 SNES classic and plays slightly better. Fly around very quickly in strange hover-cars and drive through a river of purple milkshake to charge up energy. This game only requires one cartridge to enable up to four players.

Rayman Advance is the game said to look better than its PlayStation predecessor. What more do you need? This is classic platform action at its best and is well worth a look.

There are two Gran Turismo clones available at launch for the Game Boy Advance and by far the superior title is GT Advance from THQ. The cars are all real life vehicles and all have unique characteristics. But, more important than this is the way the game plays. As well as having a full GT-esque licence mode, the cars all handle beautifully, and, though far from having a real physics engine, drive consistently well.

Surely the high point of the launch line up for the GBA is Tony Hawk Pro Skater 2. It is difficult to describe, but this should just about cover it. Imagine the Atari classic 720 Skateboarding. Now imagine it was made by angels in heaven under the strict supervision of Rodney Mullen. An isometric trick-fest with all the features of the home console versions but with a fixed point of view. In some ways an improvement and technically supreme. Even Spiderman makes an appearance.

We hope we have helped you in your choice of games when buying your Game Boy Advance. This is an important day in gaming history and we are sure that your Advance will give you many hours of gaming pleasure. As long as you can see the screen, that is!
Companies: Nintendo