Shaun White Riding Back Onto Wii 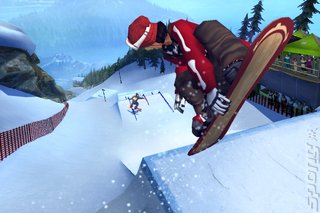 All Images (4) »
Ubisoft's apparently got the right idea with Shaun White. The publisher has announced a sequel to last year's snowboarding title and it's heading exclusively to the Wii.

Dubbed Shaun White Snowboarding: World Stage, the game is due for release over the Christmas period. It's being developed by Ubisoft Montréal and will once again give Wii owners the chance to use their balance boards for something other than poncey yoga exercises.

Ubi tells us, "Players will hit the slopes with Shaun White and his crew, but this time the stakes are higher as you pursue the world’s top competitions from a half-pipe in the middle of New York’s Time Square to the most prestigious competitions of France, Canada and Japan."

The last game was good fun on the Wii but its 'next-gen' counterpart was, by all accounts, a bit weak.