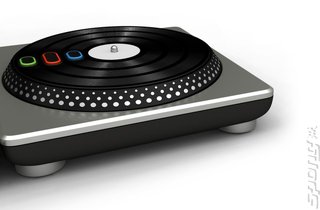 Activision has detailed its E3 line-up.

Frankly, looking down the list, it's difficult to pick out anything that doesn't inspire at least a twitch of excitement. The rest of the list looks like this: Marvel: Ultimate Alliance 2, [PROTOTYPE], Singularity, Transformers: Revenge of the Fallen, Wolfenstein.

For the full rundown from Activision, you can see the press release here.

If you want to know how pleased Activision is about the whole thing, well... here: "At this year's E3, we will debut the largest and strongest lineup in our company's history. Our innovative slate features games based on some of the industry's largest franchises, as well as exciting new offerings in the music, racing and action-sports genres that are poised to redefine the interactive entertainment experience. We are also very excited to showcase two new intellectual properties Singularity and [PROTOTYPE] which are already garnering a tremendous amount of interest and excitement", uttered Mike Griffith, president and CEO of Activision Publishing.
Companies: Activision
Games: Blur DJ Hero Guitar Hero 5 Modern Warfare 2 [PROTOTYPE]