Bizarre Creations: Blur is Call of Duty for Racers 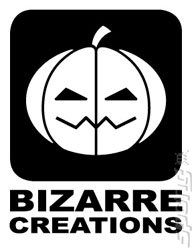 Firstly, the president and CEO of the company's publishing unit, Michael Griffith, confirmed that the company plans to release the game in the back half of calendar 2009. Good news, given that it's nearly two years since Activision snapped Bizarre away from the Project Gotham series and details on the project are still thin on the ground.

The next lot of good news is that the details will be a bit thicker on the ground soon. "You will all get a chance to see this game first-hand at E3", Griffith told participants in the call. Now, the participants in question were analysts, so it's possible they'll be the only ones seeing it. But, given that Blur's coming this year, SPOnG doubts that very much.

The next bit of good news is, frankly, more like marketing bluster than news, but it's worth a mention. "From a business perspective, we are targeting Blur to do for racing what Call of Duty did for shooters, and that was the goal when we originally acquired Bizarre Creations to make this game." Griffith said.

Blur has been, intriguingly, compared to Mario Kart...

It was also noted that the new Tony Hawk game will be out for the Winter holidays, with Griffith saying, "Our goal from the start was to reinvent this franchise back to its roots where we engaged a broad, mass market consumer, and we feel good about what this game can do. We will also unveil specifics at E3."

SuperSaiyan4 11 May 2009 07:59
2/3
LMFAO!!! Hahahaha blur is the call of duty for racers? Dont make me throw up, BC don't know how to make decent games anymore constant flops. I am glad they are not making anymore PGR games since they are completely s**t at making anything decent since PGR2.

TG Blitz11 10 Apr 2010 02:24
3/3
Actually, I've been playing the beta and it's extremely addictive. This might be a decent success... but no where in the same league as Call of Duty as far as sales go.
Posting of new comments is now locked for this page.