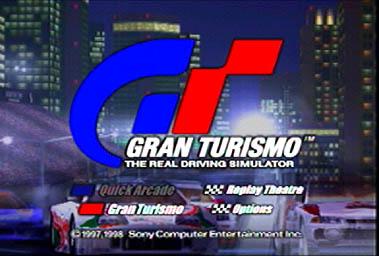 The Internet and is ablaze (okay, it's quite warm) today with a quote attributed to the Director of General Insurance of Co-operative Insurance stating that a video is responsible - along with Top Gear - for motoring deaths due to speeding.

On report on GTPlanet has decided that the game is Gran Turismo.

Other reports including the Press Association, has Neave stating that, "It is undoubtedly the case that games, TV and films have fuelled the increase in speeding. The Fast & The Furious (computer game) and Top Gear are devoted to speeding and are targeted at a younger audience who are more likely to be encouraged to speed."

We're a little surprised that good old The Fast & the Furious gets a mention. To be charitable, we reckoned his must be referring to Tokyo Drift.

But then we thought, 'what the hell, we should look at the report'. So we did. And you can too, here.

What Neave is actually quoted as saying is:

"David Neave, Director of General Insurance at The Co-operative Insurance, agrees: 'It is
undoubtedly the case that TV and films have influenced the increase in speeding over the years. Switch on your TV and you?ll see a speeding car or an exciting chase. Programmes such
as Top Gear are all about fast cars. Top Gear is devoted to speeding and it is targeting a younger audience.?

Don't get us wrong, the 'report' (basically some random info about speeding banged together by an insurance company) does mention video games:

Here: "The association of speeding with excitement and thrills has also been channelled to drivers in their own homes via programmes such as Top Gear, and in adverts for high performance cars, computer games and websites such as YouTube. How much influence these have on the way drivers act behind the wheel is still being debated."

Here: "Hollywood films, TV programmes and computer games have created a cachet and excitement about speed and cemented the notion that speed equals glamour."

Here: "However, Stephen Stradling, Professor of Transport Psychology at the Transport Research Institute at Edinburgh Napier University, believes that ?there has been a cachet and excitement built up about speed. Car manufacturers and marketers have grasped this and used it to sell all kinds of products from cars to computer games and films."

But that's really it from the report itself. Just checking... as they say.

Was p 5 May 2009 13:56
2/4
SS4's deep and insightful comment sounds about right (if a little long winded).
My Grandfather was souping up cars between the wars and Father was racing them in the 60s. I don't think either TopGear or Gran Turismo had much to do with these near lethal hobbies.
For me racing games sate my need for speed on the road, and my girl friend quickly points out if I'm in danger of getting near the wrong side of the speed limit (which is just great).

Hang on, one of those might be true. But as I don't have guitar hero, or a wii, I can't be sure.