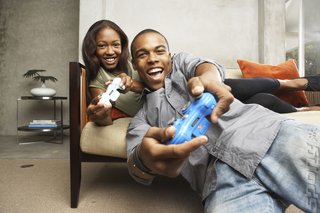 Microsoft may have formally increased the number of Gamerscore points allowed for a single game to 1,750, with the corresponding number of Achievements being 80, according to reports.

The latest on this comes from "several unconnected development sources" apparently. It follows a report a few days ago from Xbox360Achievements.

Previously, it was understood that a game could offer a total of 1,250 Gamerscore points - 1,000 from a boxed game and a further 250 from DLC.

There have been exceptions to the previously-understood rules in the past - notably Halo 3, which went right up to 1,750 points and Fallout 3 and Fable 2, which have gone to 1350 points. These were seen as the exception rather than the rule, however.

DrkStr 1 May 2009 13:08
2/5
SuperSaiyan4 wrote:
This is old news, I saw info regarding this about a week ago...
Gamersc-whore is just a way to sell more games, lots of easy achievments mean more games sold.
more comments below our sponsor's message

GAMERBOY 30 Nov 2009 09:37
5/5
this will be the best thing in the world i love gamerscore. i have 15G bring me the gamerscore now xbox live.
Posting of new comments is now locked for this page.