Legal proceedings on the horizon 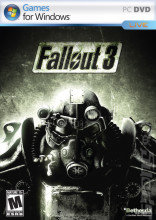 Interplay's US financial filing (10-K form) for 2008, filed with the Securities and Exchange Commission (SEC) yesterday, contains within its 'Legal Proceedings' section a statement telling us that, "Interplay recently received notice that Bethesda Softworks, LLC ("Bethesda") intends to terminate the trademark license agreement between Bethesda and Interplay which was entered into April 4, 2007 for the development of FALLOUT MMOG."

Interplay sold the Fallout property to Bethesda in 2007 but licensed the rights to do a Fallout MMO. The deal stated, however, that full scale development had to have commenced by April 4th 2009 and that "certain funding" ($30 million) had to have been secured.

Bethesda clearly feels that these conditions have not been met, though Interplay "adamantly disputes these claims". Interplay has been making noises suggesting that development is underway since April last year.

Formal proceedings have not been initiated at this point, but things are obviously serious enough to warrant a mention to the SEC.

Interestingly, Interplay announced back on April 2nd - two days before full scale development needed to have commenced - that it had partnered with Masthead Studios to work on an MMO codenamed "Project: V13.". That sounds like the sort of codename you'd give a Fallout MMO, doesn't it?

It looks suspiciously like Interplay was trying to cover its... back.

The comments in the announcement of Interplay chairman and CEO, Herve Caen, make for similarly interesting reading. "We are looking forward to turning the vision of our game designers into a compelling online gaming experience", he said. "The planning and design completed for Project: V13 thus far, combined with Masthead's resources, tools, and growing team of dedicated MMOG developers, will bring this unique game to reality."

That sounds a lot like Interplay hadn't got beyond the initial planning stages, but was scrabbling to make it look like progress has been made. Of course, it could be that Project: V13 is an entirely different game...