Patapon 2: Another Step Toward UMD Death?

No UMD release in the US 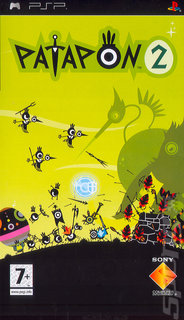 All Images (5) »
Sony has taken what many will perceive to be another step toward the death of its UMD format for the PSP. Patapon 2 will be launched in the US without a UMD version available at retail.

The follow-up to the rather lovely rhythm game will only be available to download via the PlayStation Store in America.

That does not mean, however, that retail is being cut out of the picture entirely. Boxed download codes will be available at bricks and mortar games stores. It will, however, reportedly cost $5 more to buy it with a box. The direct-from-PSN version will be $15, while the store-bought code will be $19.99.

A statement from Sony Computer Entertainment America's Patrick Seybold, senior director of corporate communications, tells us "We're considering a digital only format for the Patapon 2 release as a one time test case as we continue to explore consumer preferences for digital content. The downloadable game will be available on May 5th at both retail and via the PlayStation Store. We remain focused on providing superior games and entertainment experiences in both the UMD and digital formats and are working closely with our partners to deliver the best PSP line up in our history."

The game was already released in Europe and is available as both a download and a UMD.

Sony has been making a big push toward digital content delivery on the PSP. The company's director of hardware marketing, John Koller, reportedly said as much late last year, with a big push on the retro side of things planned for later this year.

Similarly, rumours have been swirling that a UMD-less PSP2 is in the pipeline.