Nintendo decides against US release, still no plans for Europe 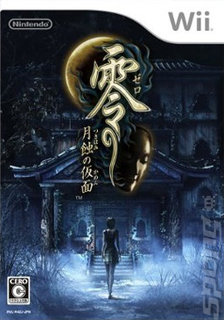 It looks increasingly unlikely that Grasshopper Manufacture's Fatal Frame: Mask of the Lunar Eclipse (Project Zero IV) will be released outside Japan.

Nintendo confirmed to SPOnG that "there are currently no plans to release this game in Europe."

This follows the assertion by Nintendo of America that it isn't the publisher of the game in its territory. For its part, Tecmo (the owner of the property) had stated that NOA does hold the publishing rights but won't be releasing the game.

A statement released by Tecmo reads, "Nintendo holds the publishing rights to 'Fatal Frame Wii,' which was developed by Tecmo LTD. and Grasshopper Manufacture and released in Japan on July 31, 2008.

"Nintendo of America has since then decided not to publish the title in North America ? consequently, the title will not be released in this territory. As the owner of the IP, Tecmo feels very unfortunate that the fans of the series in North America will not have a chance to play the game, but respects the final decision made by Nintendo of America."

This follows Reggie Fils-Aime, president of NoA, stating of the survival horror title, "We are not the publisher of that title in the Americas."

Reggie's statement seems to imply that there is, in fact, a publisher for the game in America - Nintendo just isn't it. Confusing, eh? Given what's obviously a considered statement from Tecmo asserting that Nintendo hold the publishing rights, however, SPOnG's going to assume that Reggie's wording was awkward and what he meant to say was, 'We're not publishing Fatal Frame Wii in America'.

So, what of Europe? Nintendo just re-iterated to SPOnG that, "there are currently no plans to release this game in Europe." That's obviously not a 'never', but it's not looking too promising.
Companies: Grasshopper Tecmo

Joji 8 Apr 2009 12:17
1/8
Very strange, I'll have to keep on eye on this. Why would Nintendo not want this game on released elsewhere? Sorry, Tecmo, but there is such a thing as showing too much respect, bending over and agreeing for the sake of it. How about showing your fans some respect and fight to get this game to them?

There's also the factor that by restricting this game, fans will resort to at best importing a copy, or at worse pirating it. And I thought they all wanted to get rid of piracy. Silly Nintendo, and this is the kind of game the Wii needs too.

Is there something wrong with this game, Nintendo?

Teppo Holmqvist 8 Apr 2009 20:03
2/8
"So, what of Europe? Nintendo just re-iterated to SPOnG that, "there are currently no plans to release this game in Europe." That's obviously not a 'never', but it's not looking too promising."

Nintendo of Europe has already putrinted Fatal Frame ads in several European gaming magazines, so it is definitely coming. They are just playing dumb thanks to their contracts.

Narcogen 9 Apr 2009 08:11
4/8
That's a shame. Bad enough that they weren't putting it on other platforms (I loved FF2 on the Xbox) but I might have broken down and bought a Wii to get a new fatal frame game. Now there's no point.

Not that Nintendo needs a larger installed base... I'm just saying.

erlendht 9 Apr 2009 09:50
5/8
I think its quite clear why Nintendo wont. They simply doesnt think it wont make them any money. Face it, it is the new Nintendos policy.

Joji 9 Apr 2009 11:36
6/8
But that's what I don't get. In a situation like that, where you aren't sure it would sell, they should be getting in touch with their consumers and asking questions. Its not different then when we were all importing Rhythm Tengoku, and that's come to the west.

I hope they sort their crap out. If it is coming out, why is it so hard to set the minds of gamers at ease? They really have to stop messing around.

name 10 Apr 2009 12:14
7/8
wtf... errrrrrr.... maybe it has anti-american stuff or the last game didn't do so well..althought anytime i see a copy of any of the games(hard to find) at a local store even used is much higher than any other game except maybe zelda for wii. so i dont get that games been out for like 5 years eh 5 bucks cheaper than new.. wtf come-on.... resale it you probaly get a buck.. lol

BeeKay 13 Apr 2009 17:00
8/8
Oh thanks Nintendo - why release a game with the potential to really invigorate your console to the adult gamer market when you could of course just release yet another pointless collection of mini-games to rake in the cash? I really regret wasting my money on a Wii when I read things like things.
Posting of new comments is now locked for this page.