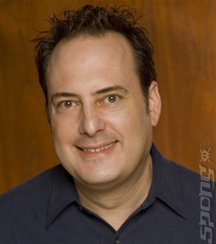 Steve Perlman
All Images (2) »
Steve Perlman, founder of OnLive, has defended his cloud-based games service against criticisms suggesting it won't work, citing the support of big name publishers such as EA.

"They have spent several years in some cases actually going and reviewing our technology before allowing us to associate with their company names and allowing us to have access to their first-tier franchises", Perlman told the BBC.

Perlman went on to say, "We are not doing video encoding in the conventional sense". That was in reference to a Eurogamer article. "It's a very ignorant article", he added, noting that the piece 'conflated issues of frame rate and latency'.

Aug|'12
Onlive Founder Leaves - Has "Other Projects Long in Need of My Attention"
Mar|'13
OnLive's Cheeky Chairman: We Didn't Go Bankrupt
Oct|'12
OnLive Raised $40m - Sold for $4m
Aug|'12
OnLive Does the Zombie - Comes Back from the Dead