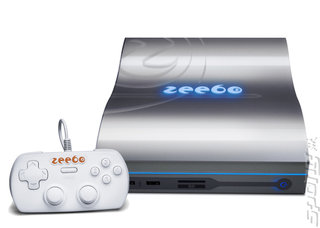 The Zeebo games console could have been considered the Robin Hood of video gaming platforms until publishing giants Electronic Arts, THQ and Activision Blizzard agreed to allow their product to be played on it.

The Zeebo company is based in California and is aiming its new console at the kind of emerging markets that Sony is looking to for PS2: Brazil, China and India. In short, billions of potential gamers. The Zeebo unit launches for $199 in Brazil (Ł135 - or 445 Brazilian Reais) next week.

Aside from being relatively low cost (it's apparently competing with the SEGA Mega Drive) the system also negates disc-based games. This is due to the fact that its development was based on Qualcomm's mobile phone technology.

In fact, according to Forbes, "the Zeebo will use digitally downloaded games - distributed through cell phone networks that players don't even have to subscribe to."

Yahoo reports that "Zeebo consoles will be sold with four games embedded and software for a fifth title will be available for free download using built-in wireless connections." Of these Brazilian gamers could see Need for Speed: Carbon and FIFA '09, both of which have been promised by EA to be Zeebo-compatible.

We expect to see Xbox 360, PlayStation and even Wii fanboys to start criticizing it about a day before it comes out.

For poorer countries, I'd say its a good thing, at least they can get some gaming. Whether it will catch on is another thing entirely, depends on what's under the hood.

Don't know yet about specs? I'd rather wait and find out.