Something old and something new 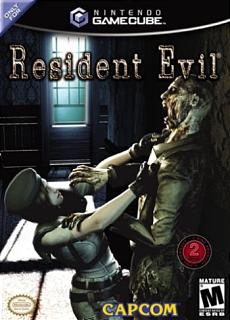 Remember how Capcom hinted earlier in the week that there was good news for Wii-owning Resident Evil fans? It was telling the truth. The publisher has confirmed three new RE games for Nintendo's home console.

Darkside Chronicles has a story based on Resident Evil 2, meaning it will feature Leon S Kenney and Claire Redfield. Of the game, Capcom tells us, "Its on-rails style gameplay and active camera will create a more immersive ?Chronicles? survival experience. As in the last instalment, this is a first-person game with extreme shooting gameplay and interactive pathways."

"Filling in many of the missing pieces of storyline that were not covered in the original ?Umbrella Chronicles?, Resident Evil: The Darkside Chronicles will give hardcore fans the chance to re-live some of the most memorable moments of the Resident Evil franchise, while allowing new players to take advantage of the intense action-horror the series delivers."

Players can either shoot the undead with a pal in co-op mode or be accompanied by AI. There's also a new 'Evade system' which... well, Capcom just says that it makes things more intense.

On the 'Classics' front - guess what! Yeah, a control scheme re-worked for the Wii. The games will also have a 'value' price point. No date was given for their release.