Where the Hell is Star Wars: Battlefront III?

Pandemic says it isn't working on it 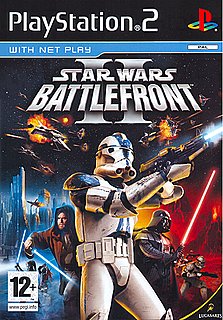 Pandemic has stated that, despite reports to the contrary, it is not working on Star Wars: Battlefront III.

In a posting on the Pandemic forums an administrator stated, "As of right now I can say Battlefront 3 is not currently at Pandemic. While I know the title seems to be up in the air from all the buzz around the web... Lucas Arts will be the only one knowing where the title is at right now."

This follows reports that the game had been handed over to Pandemic, which developed the first two Battlefront games, from Rebellion.

So, Rebellion apparently says it doesn't have the game, Free Radical (now Crytek UK) certainly isn't working on it and now Pandemic says it has nothing to do with the project. As the Pandemic guy (or gal) says, only LucasArts seems to know what's going on with it now...