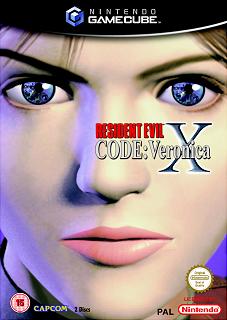 It looks like there might be an announcement of a Wii version of Resident Evil: Code Veronica very soon.

Speaking in an interview over at Game Focus, Capcom product manager, Matt Dahlgren, answered a question about a Code Veronica fan eager for news by saying, "...if you are a fan of Code Veronica you should pay attention in the next couple of weeks there is some news you should be very pleased with. Tell him to pay attention on the 12th (March)."

March 12th, the day before Resident Evil 5 launches, is also the date of the RE5 launch event in San Francisco...

So what, exactly, does that have to do with the Wii? Well - for one Dahlgren said that a PSN/XBLA remake isn't in the works. For two, he also had something to say to Wii owners hungry for RE news - "I would say to those users that they should pay attention to the near future and there should be some announcements coming their way... that they should be pleased with."

deleted 9 Mar 2009 11:05
1/2
I loved CV on DreamCast, but if they have remade it with RE4/5 gameplay design improved graphics and remastered puzzles and enemys then im sold again! only capcom know how to resell a game over and over again, save for say, sqeenix.

Joji 9 Mar 2009 13:01
2/2
I'd rather them just told a new side story that's fresh and exclusive to Wii. While I welcome such remakes, after enjoying RE0 and RE1 on GC, something new would tempt me to get Wii to play it more.
Posting of new comments is now locked for this page.