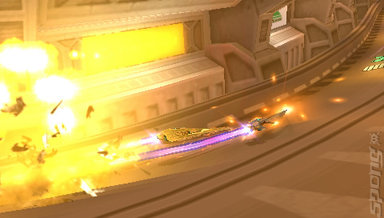 Corbett Wall is not a happy inventor. He's the chap credited with US patent 6,640,086 (issued Oct. 28, 2003). He's not unhappy about that. He is unhappy that despite - allegedly - using technology related to the patent, neither Nintendo nor Sony via the DS and the PSP (and, for some reason, WipEout Pulse specifically) have paid for the licensing. So, his company, Wall Wireless LLC, is suing.

The patent pertains to, "methods and systems that allow an operator to distribute messages having aural or visual content that is generated by the operator using handheld apparatuses such as mobile telephones?.

Here's the down and dirty:

Wall alleges that "as early as October 2008, each defendant received actual notice of the '086 Patent, and that the defendants failed to take a license under the patent."

The case continues and, we'll be bound, will be settled out of court.
Companies: Nintendo Sony
Games: WipEout Pulse