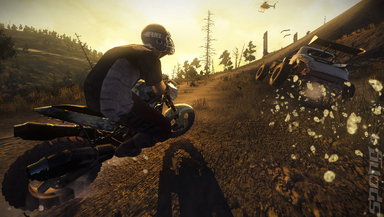 All Images (3) »
Codemasters has released the first gameplay footage from Fuel, its upcoming open-world, off-road racer.

Describing said open world, Codies says this - "From the snow-capped mountains of Mount Rainier to the salt-plains of Utah and the Grand Canyon, FUEL’s unique environment, mapped using satellite data, is set to create the ultimate racing sandbox. Players will be able to take any route they choose at any time, on and off-road, across a game world that demands to be raced and explored."

Adrian 18 Feb 2009 19:15
2/2
Anything car or truck game put out by codemasters is good, and this game looks like it's going to be great!
Posting of new comments is now locked for this page.