The Age of Ensemble Studios Ends 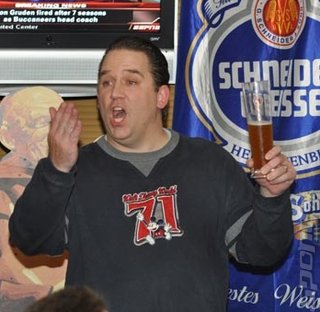 Shelley has previously commented on the closure but appears sanguine in this last post entitled 'Goodbye and Thanks '.

As well as posting a number of photographs of the team celebrating the mastering of Halo Wars - and providing a suitable wake for the company that began life in 1995 - he states the following: "It is worth mentioning that about 60% of the people who worked on Age of Empires I were with the studio to the end. And it was a really special group of people who pulled together for the long hours and hard work to finish our last game to our standards."

The Age of Empires series of games has made nearly one billion dollars so far.

Shelley continues, "We are working our way through the final week with mixed emotions. We have a lot to be proud of and new opportunities are beckoning, but it is also sad to see this particular great adventure coming to an end. Boxes are piled in the hallways for trash; people are giving away games and other stuff they don’t want anymore; computers are being wiped; and our corporate IDs are being turned in. Although we will be keeping in touch through some alumni initiatives, many of us may not cross paths again."

He does, however, provide some information as to the future of at least some Ensemble staff, "There are at least two new studios being formed by ES employees and I expect both to do very well. There were a lot of outstanding game developers here and it will be interesting to see how and what they do, both individually and as new groups, in the years ahead."

It also appears that rather than being a failing unit in the Microsoft Game Studios team, the studio was still going strong up until the end, "One of the new companies being started by ES employees will be picking up support for ESO (and Halo Wars). We had a burst of games being played right around Christmas, suggesting a lot of Age of Empires III and The Asian Dynasties were received as gifts. The number of players online has jumped up to about 4000 now at peak times and the total number of ESO accounts is now over 800,000. The Age of Empires community site will remain online after our studio closes down", says Shelly.

You can read the full posting here.