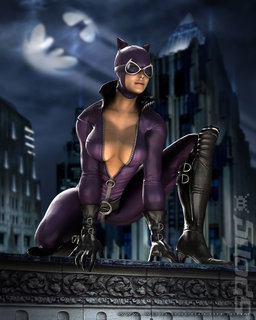 Some good news! Midway has announced that it has shipped 1.8 million copies of Mortal Kombat vs DC Universe.

Additionally, the company said that 3.6 million Mortal Kombat vs DC Universe fights have been battled through online.

There was also, for once, something interesting in the corporo-quote offered up by Midway. A new game is already in the works. "Mortal Kombat vs. DC Universe was the result of countless hours of hard work by many people, and seeing the game surpass the million-seller plateau makes it worth all the effort", said Ed Boon, Mortal Kombat co-founder and creative director, Midway. "We're already hard at work on our next version of Mortal Kombat, and look forward to being able to reveal more details in the future."

Midway is, let's face it, in need of as much good news as it can get. It is one of the games companies to have seen significant staff cuts over the last few months. Similarly, the company was handed over to investor Mark Thomas for a rather modest sum of $100,000, along with $70 million in debt.

Hang on, this was supposed to be a good-news post. That stuff seems to be getting harder to find...

I didn't dig that game, but fair enough to those that do. While layoffs are never nice, it is possible that if Midway put their thinking caps on, and create something new and cool, that they could yet bounce back. Maybe to be smaller in size, might yet be their saving grace.

I think that Midway got too comfortable on their arcade past, and in the end lack of originality buried them and turned customers away. A real shame, as I was really looking forward to Spy Hunter actually being good.