Doing nothing better for brain than Brain Training? 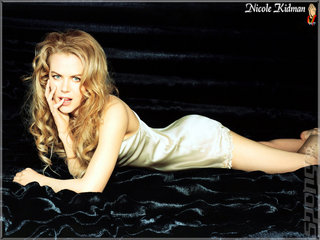 Nicole Kidman - unlikely to be smarter thanks to Brain Training
Professor of psychology Alain Lieury (from the University of Rennes) has carried out a study that (shockingly!) finds there are better ways to improve your mental faculties than using Dr Kawashima's Brain Training.

Mainstream newspapers such as The Times and Daily Mail are keen to point out that a pencil and paper is one of the better methods in question, but in at least one category doing nothing at all proved better than both.

Lieury took a group of 67 youngsters and split them into four groups. The first two did seven-week memory courses on the DS (neither The Times nor the Mail wants to tell us on which games), one group did pencil and paper tests while another did nothing outside their normal routines.

The most damning result for the DS test was in memory tests. After the DS course the kids were apparently 17% worse, while pencil and paper users were 33% better.

In logic tests, however, Nintendo kids and their old school pals both registered a 10% improvement. Their lazy peers who did nothing unusual, however, improved by 20%! Makes you wonder about the testing, eh?

In Maths tests, Nintendo kids improved 19% - the same as the pencil and paper users and 1% better than the idlers.

In his book due later this month, Stimulate Your Neurones, Lieury writes, “There were few positive effects and they were weak. Dr Kawashima is one of a long list of dream merchants.”

He does have something nice to say too, however - “The Nintendo DS is a technological jewel. As a game it's fine”, he uttered, before going on to state, “But it is charlatanism to claim that it is a scientific test.”

So what should we take from this? Possibly that Brain Training won't change your life? Maybe that 67 'youngsters' isn't exactly the largest sample ever used in research, nor seven weeks a long period? We could even examine that fact that the good doctor has a book, Stimulate Your Neurones, coming out next month, and along with the newspapers... we've just publicised it as well. Damn his professorial cleverness!

Morons 26 Jan 2009 11:31
1/8
The game isisnt suppose to be good for people under 20 or something, or doesnt give accurate results i believe they say

Tim Smith 26 Jan 2009 11:52
2/8
Morons wrote:
The game isisnt suppose to be good for people under 20 or something, or doesnt give accurate results i believe they say

OptimusP 26 Jan 2009 16:05
4/8
Tim Smith wrote:
Morons wrote:
The game isisnt suppose to be good for people under 20 or something, or doesnt give accurate results i believe they say


Isn't the minimum achievable age in the game itself 20-25 or something? Does that count as a reference? If it is, it would be stupid to that this game with people under that age, that's not what the theory behind the game was aimed at.

Gamer 26 Jan 2009 16:19
5/8
I'm guessing that the maths tests weren't geared up to test the area that such games are designed to improve, namely fast maths. If the test was timed with more questions than any child was likely to answer and the results factored then number of correct answers in as well as the ratio of correct/incorrect that would surely have demonstrated significant improvement as is shown in the games in-built improvement tracking features.

As you will see from the link, here in Scotland we investigated the benefits of Dr. Kawashima's Brain Training last year. We worked with teachers in 32 different schools in 4 local authorities in Scotland and conducted a randomised controlled trial. We collected data from 634 P6 children (10-11 years old). You may like to compare this to the size and nature of Prof. Lieury's sample. We conducted tests of computation, together with some attitude measures. We found statistically significant gains in speed of processing and accuracy of computation.

We do not have enough information about Professor Lieury's findings, or about his methodology, to pass judgement on his results or the implications of these. But we would respectfully suggest that he is going beyond his rather limited data when he concludes that "Dr Kawashima is one of a long list of dream merchants."

Was this the St Columba's Primary School study? And also, how are you set to write an article around the subject for us?

Late 20 Aug 2010 13:47
8/8
@Tim_Smith
i know its late, but anyway... 67 people split into 4 groups you get less than 20 people in a group. Thats too small group for doing researches on, btw you cant always be good at logic. All im trying to say is that this research has random results
Posting of new comments is now locked for this page.