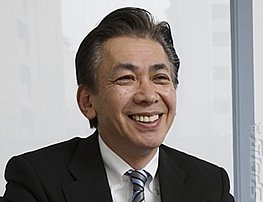 Toshihiro Tokumaru
Capcom's 'head of character contents business', Toshihiro Tokumaru, has been speaking to Capcom about Capcom's own IP. Yes, we can hear you say "Pardon". Well, Mr Tokumaru was interviewed by his own company for a piece featured in Capcom's Investor Relations communication.

The article covers a lot of ground in relation to how the company monetises its video game characters. The stand-outs are:

- The licensing of Resident Evil to German film-maker Constantin Film AG was "unfortunate". Capcom passed all rights to the IP over to the Constantin, thus losing the ability to use 'any finished product'. Therefore, "in the future, we'd like to create films where we retain the rights".

- "2006 was the year when Western movies lost ground while Japanese movies gained strength."

- "Personally, as a movie-goer, I get the impression that the story in western movies tends to be underdeveloped."

- The Lost Planet "project will cost somewhere between 150 and 200 million dollars to make. The producer on the project is Avi Arad, producer of Spider-Man."

- Games are indeed limited to what they can do. "In Lost Planet for example, we can show the game's protagonist on a distant planet fighting against various foes, but we can't really show his interpersonal relationships. By developing that part of it on the movie screen, we can add substance to that world and expand it."

- The final words of wisdom? "I think that the game industry has been moving closer to the movie industry for a very long time now, in terms of scripts and characters."
Companies: Capcom
Games: Lost Planet: Extreme Condition